On the road in China 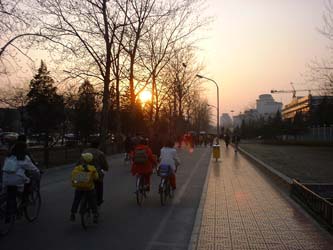 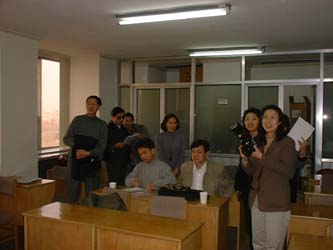 China, unlike its Southeast Asian neighbors, still depends somewhat on bicycles for transportation, even on a chilly late Winter evening.  Bicycles paths like this parallel one of the main streets in Beijing, making it safe and convenient for pedaling home.  But then again, auto and bus traffic has grown greatly making traffic congestion commonplace.  Here is a typical rush hour in front of the Central China TV building, the site of on of my seminars. Below, you can see a group of our energetic seminar participants hard at work. 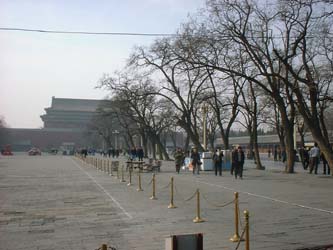 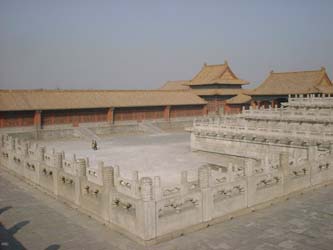 The wide expanse of Tiananmen Square fronts the Imperial Palace, otherwise known as "The Forbidden City." One view can be seen at the top.  On the left below, the huge scale of the Imperial Palace can be obsrved from the size of the tiny figures walking across an inner courtyard.  At the right, a stylized golden lion, one of the many figures that are scattered throughout the Palace.

Back to the Travels in Asia Homepage

Return to the W8MHV Homepage