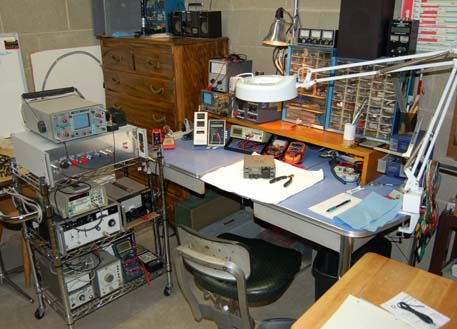 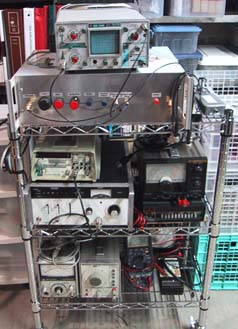 Here we have my workbench, constructed around a kitchenette table. Wish I had more workspace, but the table seems indestructible .In the rack are a Fluke frequency counter, a Wavetek synthesized signal generator, and a homebrew spectrum analyzer, among other bits of equipment. 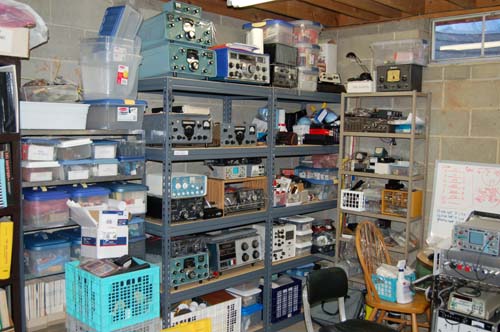 There is always a backlog of projects waiting to be tackled and projects finished but not placed in one of the operating positions. Waiting for deployment is a Heath SB-301/401 station and an NCL-2000 amplifier. Waiting its turn on the workbench is an Echophone EC-1 and a complete Eldico station. 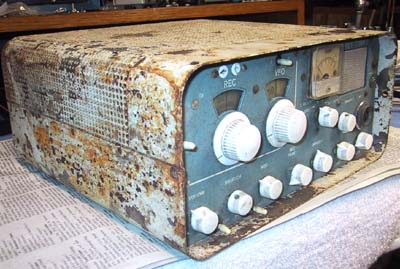 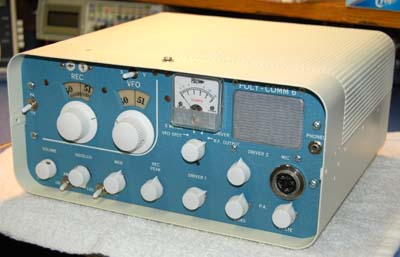 This is one of the more challenging restorations I have completed. It is a Poly-Comm 6 meter AM transciever which I intended to use on our local "5pm-6am" net. It was given to me as a basket case seen on the left. On the right is the finished restoration. 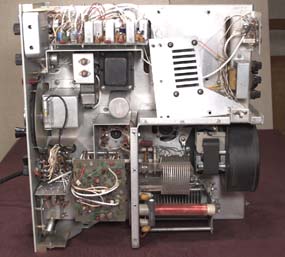 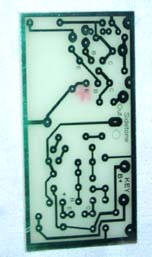 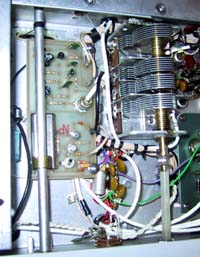 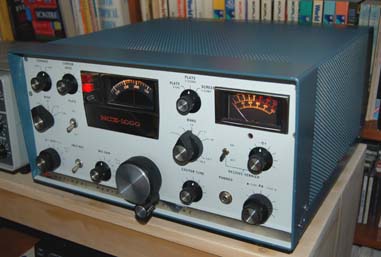 Here is another challenging project recently completed. The NCX-1000 is a rather rare and interesting piece of equipment; only a few hundred were manufactured at the end of National Radio's corporate life. This one was found as it appears in the first photo, no power transformer, no final tube, modules dangling by wires, and missing a number of other components. After restoration, I decided to duplicate the CW sidetone/frequency calibrator option board. These were seldom purchased by owners, and I have never seen a rig with one installed. I did have a schematic, so I designed the PC board shown in the second photo. The third photo shows the PC board after population with components and installation in the radio. The final result is the transciever as it sits at my operating position. It is a fun radio to use, especially on SSB, and is capable of 1 kW input power. Anyone else who would like to try building an option board can contact me for a PC mask. 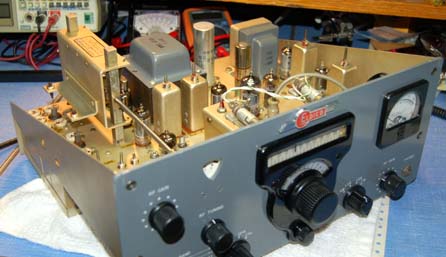 Here is an example of an odd project, one I have been working on for several years. The Eldico twins were said to be copies of Collins S-line twins. If so, the similarities are not striking. Possibly, there are common elements in certain design features, for example in the tunable IF layout. Otherwise the two series are really somewhat dissimilar. Lore has it that Eldico dropped their manufacture under legal threats from Collins. The setup includes the receiver/transmitter pair, power supply, and control unit. This station, like all that I have personally seen, appears to have been manufactured for and employed in military service. Cosmetic restoration of this receiver is mostly completed but it awaits electronic setup and alignment.

Take a look at the W8MHV "Heavy Metal" Station